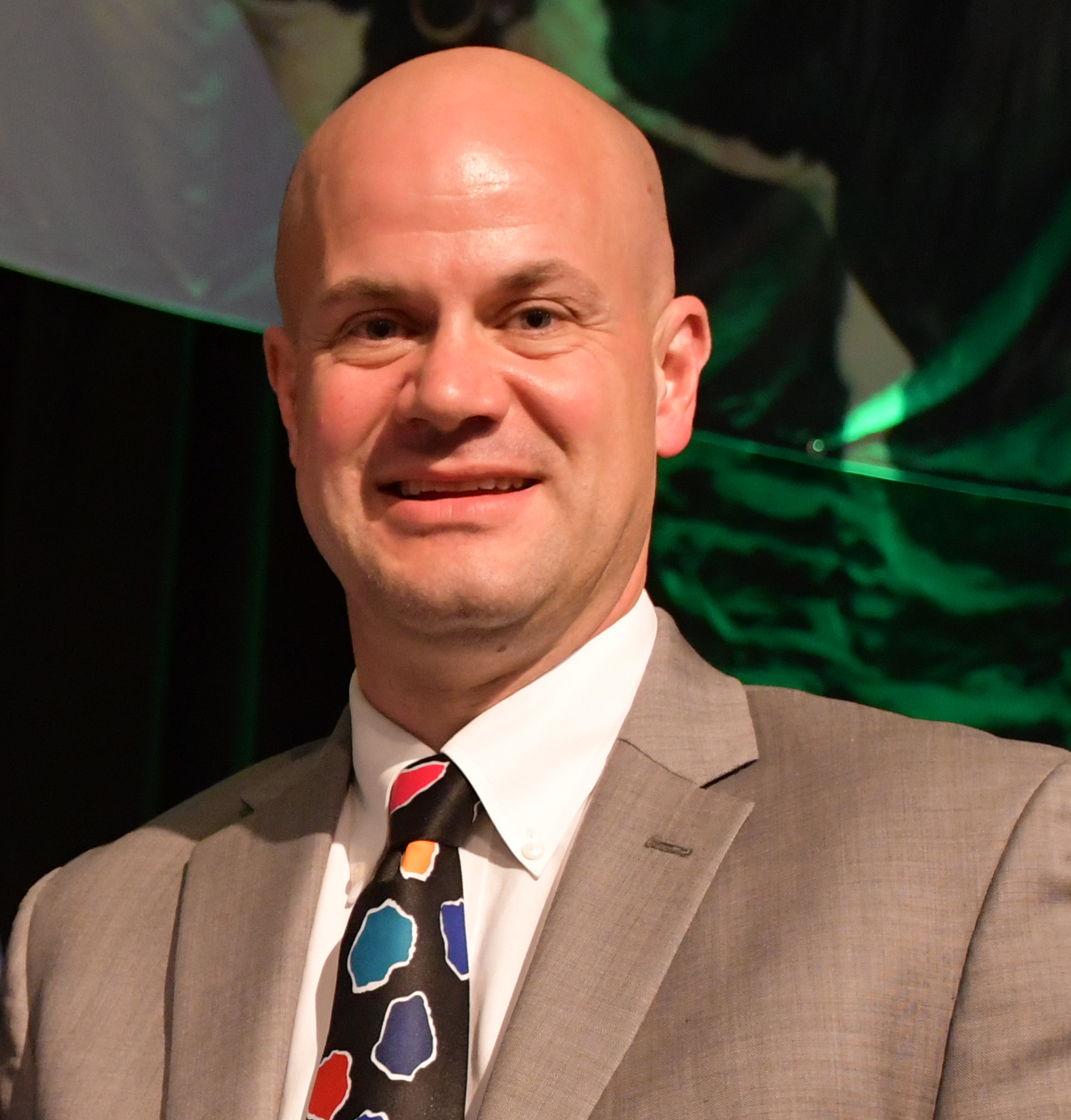 Speaker Bio
Known to friends as the Dancing Dairyman, Corey Geiger danced his way onto Family Feud hosted by Steve Harvey, Texas Two Stepped on the colored shavings during the Supreme Champion ceremonies at the 2018 World Dairy Expo and competed at the Fred Astaire National Finals where he and his wife Krista Knigge won top amateur couple honors. The family’s dairy farm also has hosted The Bachelor television series, NFL Films, and CBS Sports, which all aired on national television.

A graduate of the University of Wisconsin-Madison, Geiger has served on the Hoard’s Dairyman editorial team since 1995 and has been the lead editor for the past decade. In 2018, Geiger spearheaded the effort that brought Hoard’s Dairyman China to the marketplace joining its English, Japanese and Spanish editions. In March of 2021, Geiger released his first book On a Wisconsin Family Farm, Historic Tales of Character, Community, and Culture. In the first 50 days, copies sold to 30 states and three countries. The book will soon be sent to its second printing.

Corey was elected the 65th President of Holstein USA in June 2019 and Co-Chaired the 2019 National Holstein Convention that drew 1,200 people from 38 states and 19 countries. Geiger is on the Planning Committee for the Western Dairy Management Conference and serves on the board of directors for World Dairy Expo. He was co-editor of World Dairy Expo’s 50th Anniversary Book, We need a Show and served as fundraising co-chair of the Farm Wisconsin Discovery Center . . a $13.5 million educational facility dubbed “the Fair Oaks of Wisconsin”.

Corey has spoken in Canada, China, Mexico, the United Arab Emirates, Singapore, and 19 U.S. states and that total will move to 20 with his appearance at the Idaho Milk Processors Association.
Close